You are here: Home / Uncategorized / The Truth About Your Biological Clock and Why Ovarian Age Matters

A women’s ability to conceive a child is dependent on the quality of her ovaries, fallopian tubes, and uterus, and also the male’s sperm. Through historical data and modern fertility and IVF success rate data, it is now clear that a woman’s age may be the most significant factor affecting her chances of becoming pregnant.

As a female ages, both the quantity and quality of her eggs declines, and this markedly affects pregnancy rates and in particular, fecundity rates (the ability to conceive per month). From ages 20 to 35, there is a gentle decline in fertility per year, but after age 35, the drop in fecundity rates become quite significant. Currently there are no medications or treatments readily available to markedly curb the change in the quality of eggs with advancing age. When the eggs are unsuccessful due to advanced age, the best option becomes using younger eggs from a donor to improve pregnancy outcomes. The importance of chronological age cannot be understated.

For each woman, the ovaries proceed along their own genetically determined course from puberty until menopause, and the rapidity of change is unique to each woman’s own DNA. We calculate a woman’s “ovarian age” and try to differentiate this from her chronological age. Ovarian age is genetically determined but can be modified by surgical interventions (for example, removing a piece of an ovary can accelerate menopause) or chemotherapy. Tobacco use also speeds up ovarian aging – on average menopause comes one to two years earlier in smokers. These are just a few factors that may accelerate ovarian age. There are a variety of tests used to measure ovarian age.

AMH is a biomarker that may be the most cost effective indicator of ovarian age. AMH appears to be exclusively of ovarian origin since it’s undetectable several days after surgical removal of both ovaries. In women, serum AMH levels are almost undetectable at birth and progressively increase to the adult level. It appears to be stable for 25 to 30 years, and then it decreases throughout the remaining reproductive life until being undetectable after spontaneous menopause. As the quantity of eggs in the ovaries diminish, AMH levels also fall. In the ovary, AMH directly affects ovarian follicle growth: it reduces sensitivity to follicle-stimulating hormone (FSH). Excess AMH may inhibit the ovaries from ovulating, which is a common cause of infertility. As women age, there is less AMH and the ovary thus is more responsive to FSH stimulation, allowing the ovary to continue to ovulate despite fewer follicles. AMH is a good marker because it can be measured any day of the menstrual cycle and also because it is a stable molecule and not overly affected by short term ovarian suppression from medicines like birth control and Lupron. Finally, AMH levels are relatively consistent with little month-to-month variation.

FSH and LH are hormones produced by the master endocrine gland, the pituitary. These hormones drive the ovary to grow follicles, which house the eggs. The cells around the egg make estradiol (estrogen). As the ovary ages, it requires more FSH to continue to function. Thus FSH level is an early sign that the ovary is aging. Blood tests measuring FSH hormone needs to be obtained on the early days of the cycle (day two, three or four), and it needs to be evaluated with estradiol levels, as high estrogen levels artificially drive down FSH levels so the two must be evaluated in concert. FSH also varies between cycles, so it can be falsely reassuring when drawn by itself or not viewed in conjunction with estradiol levels or with ovarian sonography. The ratio between FSH: LH also may rise with age.

During an ultrasound of the ovaries, the small 3-6 mm ovarian follicles (inside of which should be an egg) are counted in each ovary. The AFC also accurately predicts ovarian response to fertility treatments, but it too is cycle dependent (early is best). Also, it can be falsely reassuring because the small follicles visualized on ultrasound may be either small antral follicles ready to grow OR they could be small atretic (dying) follicles that CAN NO LONGER grow.

At any point in time, we can measure these ovarian markers and compare a woman’s ovarian age to other women in her age group. If the markers are lower than the average (or median), then she is considered to have DOR or to have ovaries older than expected for her chronological age. This measurement of ovarian age is one point in time, and unfortunately what we cannot measure is the slope of each individual woman’s curve, or how fast her ovary is aging. We can just plot the one point in time based on population averages.

What is not known about DOR is what percent of the fertile population at each age might be diagnosed with DOR. We don’t really know if DOR is truly a predictor of sub-fertility. And it’s not been proved that DOR directly affects fecundity rates. Indeed, in studies where a woman undergoes insemination, but has no known fertility issues herself, age seems to correlate directly with pregnancy rates but AMH levels do not necessarily align in the same way. These are cycles where NO fertility drugs were needed and NO fertility drugs were used.

In contrast, we know that once a diagnosis of subfertility or infertility is made, at each age, women with DOR may have lower cumulative pregnancy rates when compared to their peers with better ovarian age markers. Retrospective data from fertility clinics reveals that when we classify by age, the number of eggs retrieved (which does totally relate to ovarian reserve markers) did correlate with pregnancy rates. Younger women are always more fertile than older women. But it’s been found that younger women with reduced egg numbers are less fertile than their peers with better ovarian reserve. At the older ages, DOR has an even more dramatic effect on pregnancy rates.

Regardless of whether you are considering an AMH level, an AFC count and even Day 3 hormone levels, these indicators each only reflect one point in time. Low, age-specific AMH may be associated with earlier menopause and autoimmune disorders. However, we cannot predict the slope of the curve from just one single point. We do not know if evidence of a low ovarian reserve predicts a change in the slope of the fertility curve. For some women with DOR, it is possible that their fertility curve is shifted to the left when compared to the curve in the average fertile woman. This may mean that the rapid change in fecundity happens at a younger age in these women. Alternatively, these women may have a different curve all together.

Many young women are checking their ovarian age to help make decisions about future fertility. Normal parameters suggest an assurance that they can expect a pregnancy rate similar to that quoted in the literature for their age. It also means that they should suspect a “normal or average” response to fertility drugs if they try to undergo ovarian stimulation with the intent to freeze eggs. Freezing eggs should be considered an insurance policy and not a guarantee of future fertility.

Since pregnancy rates PER EGG FROZEN may be close to 4%, it is a general guideline to suggest that freezing 20 to 25 eggs is the aim to ensure a successful embryo later (4 x 25%=100%). With vitrification (a fast freeze technique), over 95% of the eggs survive the freeze and thaw, but always only a small percentage of eggs will go on to fertilize and divide normally, and be capable of implanting and leading to a normal pregnancy.

A subset of women (10%) have polycystic ovarian syndrome (PCO). These women have irregular menstrual cycles and high male hormone levels or signs of more male hormones with acne, too much hair or hair always falling out. These women usually hyper-respond to fertility medications and grow many eggs, but their abnormal hormone levels may adversely affect the quality of the eggs. A percentage of women with regular cycles also have very high AFC and AMH, similar to women with PCO syndrome. These women should have an exuberant response to stimulatory fertility medications and be able to freeze many good quality eggs, assuming they are still young.

On the other hand, a subset of young women will have DOR. This means that they have low AMH (<1), low follicle counts (10). Again, this diagnosis of DOR does NOT mean these women are infertile. In a natural cycle, they should ovulate one egg at a time, and their pregnancy rates should be closely related to their age. However, if they need to undergo fertility treatments, they are likely to have a poor response to medications, which means fewer eggs and fewer embryos to work with. At all ages, however, the percentage of embryos made from frozen eggs that are normal (by chromosomal number) should be most closely associated with their chronological age and not their ovarian age (AMH or AFC number).Freezing eggs in women with DOR may be problematic from a financial standpoint. Response to medications may not be optimal: this means they may only respond to medication with between one and four eggs. As an insurance policy, we suggest 20 eggs are needed to have a reasonable chance of success later—this means it may take five to ten cycles to be able to store that many eggs. For most women this is an unreasonable undertaking, due to financial, emotional and time constraints. Is it worth spending the money to freeze just four eggs? How about freezing just two eggs? The answer is unknown. In very young women, it may well be worthwhile to freeze one or two eggs since it is unknown how fast their ovarian reserve will continue to decline. And yet, the chance of successful conception when just two eggs are thawed may be much lower compared with friends with more eggs in the freezer. In this case, if the patient is in a position to start a family, I say that would be a better option than taking a chance on freezing just two eggs. Again, from one point in time, we cannot predict how soon these women with diminished ovarian reserve will become perimenopausal and menopausal. What we don’t know is how long these women have until their cycle regularity begins to change and they stop ovulating. Once they enter the steep decline on the curve, their fertility may be affected. This may happen at younger ages than the women in the normal or high ovarian reserve group. Once they enter this perimenopausal transition, their fertility is likely to be adversely affected. Knowing your ovarian age may be the key to understanding where you are on the fertility spectrum. This is not the same as knowing whether or not you are fertile. This information is provided to you so you can understand better your own biology and make decisions regarding your reproductive life. You may choose to freeze your eggs or to start a family sooner than anticipated. On the other hand, if you are told you have normal ovarian age or are likely to be an above average responder, remember that age is the primary determinant of egg quality and pregnancy rates. High ovarian age markers cannot replace AGE. Don’t be lulled into complacency by false reassurances from ovarian age markers. Don’t delay starting your family because you were told your numbers are reassuring. Bottom line for all women, monthly pregnancy rates steadily decline after age 35.

Together We’ll Find A Way

To learn more about your biological clock and why ovarian age matters, please contact the West Coast Women’s Reproductive Center. 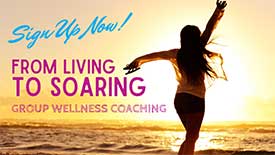 Google Rating
4.2
Based on 21 reviews